Sree Narayana Guru is a god

Narayana Guru (1856-1928), also known as Sri Narayana Guru Swami, was an Indian saint, sadhu, and social reformer of India. The Guru was born into an Ezhava family at a time when backward communities like the Ezhavas suffered many social injustices in the caste society of Kerala. 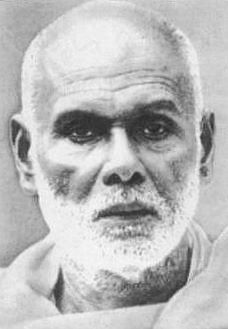 Gurudeva, as he was fondly known among his followers, led the Reformation movement in Kerala, rebelled against the caste system, and worked to spread new values ​​of spiritual freedom and social equality, transforming Kerala society and being worshiped as a prophet as such.

Narayana Guru is revered for his knowledge of the Vedas, poetic skills, openness to the point of view of others, nonviolent philosophy, and determination to transform social injustice into justice. It took a Narayana Guru to lay the spiritual foundations for social reform in what is now Kerala, and he was one of the most successful social reformers addressing caste issues in India. He showed a way to social equality without evoking the duality between the oppressed and the oppressor.

Guru emphasized the need for spiritual and social upliftment of the oppressed through their own efforts and through the building of temples and educational institutions. In this process, he ignored the superstitions of the basic Hindu Chaturvarna Agreement. 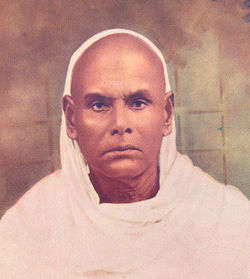 Narayana Guru was born on August 20, 1856, in a village called Chempazhanthy near Thiruvananthapuram, the son of Madan Asan, a farmer and Kutti Amma. The boy was called Nanu. Madan was also a teacher, he knew about Sanskrit, astrology and Ayurveda. He had three sisters. As a boy, Nanu listened to his father with interest when he told stories from the Ramayana and Mahabharata to the common people in his village. Nanu was initiated into the traditional formal education system Ezhuthinirithal by Chempazhanty Pillai, a local schoolmaster and village official. In addition to school, the young Nanu was homeschooled by his father and uncle Krishnan Vaidyan, who was a well-known Ayurvedic doctor and Sanskrit scholar. He was taught the basics of Tamil and Sanskrit languages ​​and traditional subjects such as Siddharupam, Balaprobhodhanam and Amarakosam.

As a child, Nanu was very drawn to going to the temple for prayer. He criticized his own relatives for social discrimination and the apartheid-like practice of excluding children from allegedly lower castes. He preferred solitude and could spend hours in deep meditation. He was inclined to poetry, logical thinking, composing hymns and singing them in praise of God. He lost his mother when he was 15 years old. Nanu spent most of his early teens teaching his father and his uncle the practice of Ayurveda, while the remainder of his time was devotional in the nearby temples.

Transformation as master, yogi and seeker for the truth

The young Nanu had a keen mind and was sent to a famous scholar, Kummampilli Raman Pillai Asan, in Karunagapally, a village 50 miles from his parents' home, at the age of 21. While staying as a guest at a Varanapally family home near Kayamkulam, Nanu was taught Sanskrit, poetry, drama, literary criticism, and logical rhetoric with other students. He studied the Vedas and the Upanishads. He started teaching at the nearby school. His knowledge earned him the respect of many and he became known as "Nanu Asan". Nanu returned home to spend some time with his dying father. For a short time he ran the village school for the children in his neighborhood. While continuing in his quest for ultimate truth, Nanu often spent his time near temples writing poems and hymns and lecturing on philosophy and moral values ​​to the villagers.

Enlightenment and its poetic expression 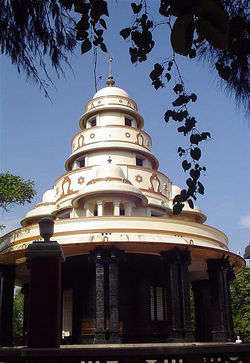 Nanu felt life impaired by unbearable restlessness. One of his friends brought him to SwamiChattampi Swamikal. The two felt drawn to each other from the first moment. Nanu's sharp mind and serenity amazed Swami Chattampi and he brought Nanu to his own Guru Thycaud Ayyavu Swamikal. Nanu became his student and received advanced training in yoga exercises from him. Later Nanu went to his hermitage deep in the mountainous forests of Maruthwamala where he led a celibate life. He immersed himself in meditation and yoga, and subjected himself to extreme rituals for his care. This period of loneliness lasted 8 years. After a humble life of over thirty years, rich in knowledge and rough experience, this era was considered the culmination of the meditative hermit, the point at which it was believed that Narayana Guru had attained enlightenment.

Narayana Guru's later literary and philosophical masterpiece Atmopadesa Satakam (a hundred self-study verses, written in the Malaylam language around 1897) is considered to be his creative poetic expression, which includes the Guru's philosophy of equality and the author's realized original state Knowledge, the epitome of the universe, radiates and its resulting ability to see people from an awesome lofty perspective, as nothing but one, in unconditional equality without discrimination of race, caste, religion or whatever.

Guru became very ill in September 1928. He remained bedridden for a while. Numerous followers came to see him. In the same year Gurudevan's birthday was celebrated in many places, mainly in Kerala, Madras, Mangalore, Sri Lanka and Europe. Guru passed away on September 20th.

Jagadguru Swami Sathyanada Saraswathi, the famous spiritual teacher who was considered the greatest Karmayogi who upheld the Sanatana Dharma since Swami Vivekananda, was inspired by Guru's life and teachings and spread them all over Kerala. He can be seen as the political successor of the guru who laid down the guru's vision in a list of the Hindu Aikya Vedi, in which he united all Hindu organizations in Kerala into a single organization and swept away all the differences between the castes and the two main groups of Hindus in the State that united the Savarna Nairs and the Ezhavas. This was made known by Nair, Dr Balakrishnan (1999), Social-Spiritual Movement in Kerala. The International Center for Sri Narayana Guru Studies was established in 2005.