Shani Dev is more powerful than other gods

Is Lord Shani Harmful? OR a friend?

We find a beautiful description of Shani-Deva in our Puranas such as Skanda Purana & Padma Purana .

Puranas tells us that Shani is Deva is the son of the sun. He won the favor of Lord Mahadeva . And Lord Mahadeva granted him planetary status. It is also called "Sauri" or "Surishwara" in Puranas.

It's supposed to be a look down. Gods, Asuras and humans are influenced by his gaze and fear him. So he's a wild deity.

Padma purana Part 2, Chapter 52, in the chapter "The Worship of the Planets"

20-21a: For the worship of Shanaishara (i.e. Saturn) one should draw a circle (i.e. a figure) resembling a human figure with black powders, and there the planet should be piously worshiped with black sandal, black flowers and pieces of cloth of this kind become (black).

21b-22: Iron and other gifts should also be given oil cake and sesame seeds. The gift for Shani that is unfavorable is a black cow and a black garment. One should also give gold and sapphire depending on the capacity.

23: One should recite the hymn - O son of the sun, O glorious, O you very powerful, O you look down, O Shani, rejoice in these gifts that I have given.

24: Whoever pleased Shani so much and would give gifts to Brahmins has Shani favorable for him. If he was inconvenient when he was born and changed to a different zodiac sign.

This is what Skanda-Purana says:

4: The Lord without beginning or death was bought down to the linga by him. Because of his devotion to Shambhu, he gained his favor and status as a planet.

5-7: The great community of Devas and Asuras is afraid of his negative appearance. In the entire cosmos, which consists of mobile and immobile beings, there is no living being, Deva or Danava, which is not affected by Sauri (Saturn).

The devotee should piously worship Saureshwara Shiva on Saturdays with Sami leaves and rice cooked with careful seeds, black gram and jaggery. After offering libations after injections, he was supposed to offer brahmins a black bull.

That is to say: Oh God, dressed in blue silk, who has a blue body, who wears a crown, who sits on a vulture who gives misfortune, who is armed with a bow, who has four hands and is the son of sun god, be pleased with me always and happily grant me blessings. 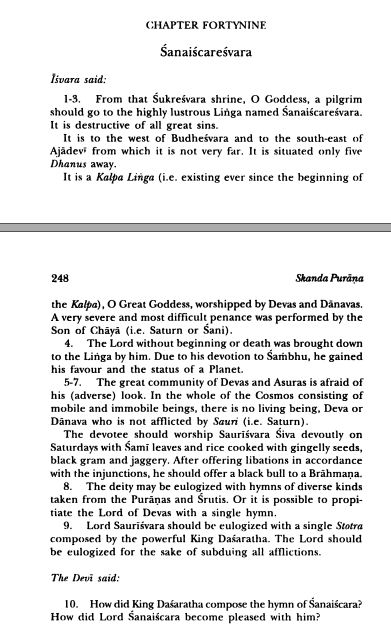 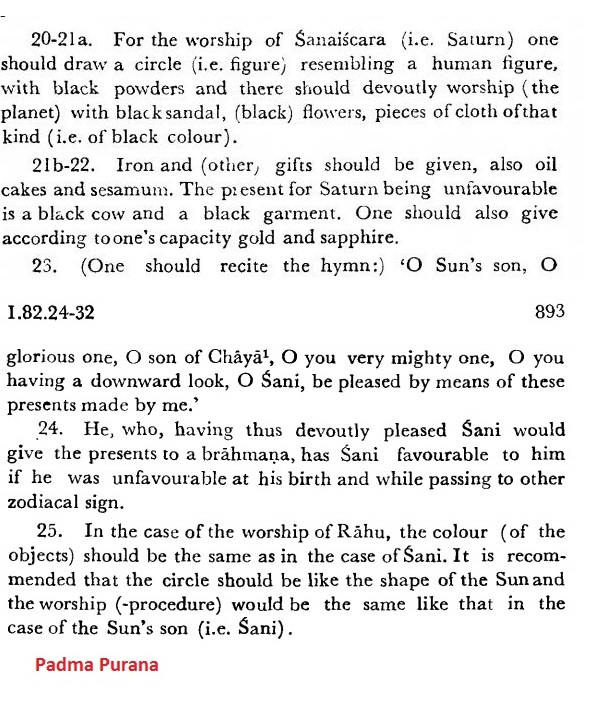