If you want to know what the future of good food looks like, Ravinder Bhogals Jikoni Restaurant in London is probably a pretty good place to taste the future now. In the middle of Marylebone, a venerable part of town in the heart of London, the young cook serves dishes that have never been seen before.

Kimchi Paratas are there on the menu, for example, the classic sour flatbread of India filled with the hot fermented cabbage of Korea, or Fishcakes with peas, mint and curry hollandaise - a dizzying dance of Thai, Indian, French and British flavors and techniques. With Prawn Toast, Scotch Egg and Tomato Ketchup, several continents are also mixed together. Comparatively classic is asparagus with brown butter, smoked paneer (Indian cream cheese) and pickled salted lemons.

Some of it may sound wild - but it works. The Restaurant critic in the British capital, Bhogal and «Jikoni» have been showering praise on the young woman since it opened in 2016 and celebrating the young woman as one of the greatest British culinary talents. Bhogal only does what immigrants in big cities have always done: she combines the best of different worlds she knows.

More than 100 years ago, for example, Italian, Bohemian and Moravian culinary cultures developed in Vienna into what we celebrate today as traditional Viennese cuisine. And on the other side of the Atlantic, at around the same time, the American food culture with hamburgers, French fries and hot dogs, which is now successful worldwide, was formed from numerous European influences.

As Fusion Cuisine Boghal doesn't want her form of food to be understood - she prefers the term “immigrant cuisine”. "My recipes are not just a nostalgic ballad to my old country or my ancestors," she writes. «They reflect the depth and breadth of my immigrant world, in which there are no monocultures. Our kitchen there is huge and varied because we cross so many borders. We preserve our culinary heritage and enrich it with the traditions of our many new homes - and in doing so we create a wonderful bastard kitchen. " 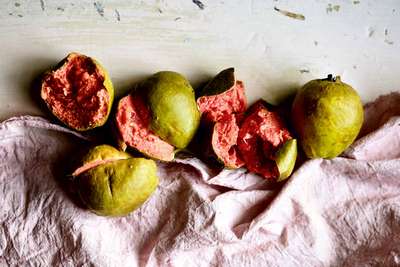 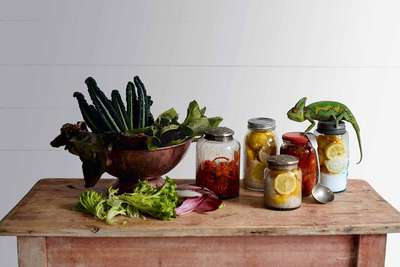 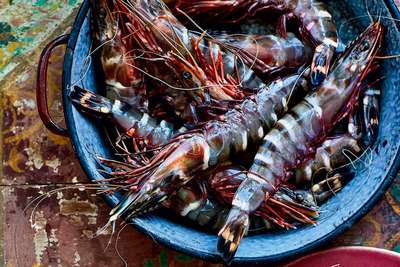 Kitchen with no borders

Bhogal, like her food, is a child of many worlds: Born as the daughter of Indian immigrants in Kenya, the family moved to London when she was six years old. Mocked at school for her accent and not used to the depressing weather or tiny London apartments, cooking - and eating - became a way for the little girl to cope with the new, difficult situation.

"It was as if I could reconcile my old and new world through cooking," she wrote in a comment in the British Guardian. “I felt comfortable and belonging in the kitchen and reading cookbooks. (...) I think opening «Jikoni», my restaurant, was an opportunity for me to create a place where I really belong. "

Thanks to the internet and cheap long-haul flights, people and their cooking traditions can travel easier and faster than ever before. So we can be pretty confident that more and more talents like Bhogal will cook for us with their “wonderful bastard kitchens” - and that's very, very good. If you want to taste the future now without flying to London: Bhogal's new cookbook has just been published. We are bringing three exciting examples on the next few pages.