We're running out of creativity

The search for creativity in the brain

Formulating a definition for creativity is almost impossible. And it is almost as difficult to find its origin in the human brain.

Researchers define creativity as a special achievement that is both new and appropriate at the same time.

However, if creativity is no longer seen as a property, but as a concept, several new aspects have to be considered: A clever idea would have to be implemented in such a way that it is accessible and useful for other people. Only then are you considered creative.

Evolution of a creative idea

The year 1926 was when the English sociologist and psychologist Graham Wallas put forward his theory for the development of a creative achievement. According to Wallas, the creative process therefore consists of five phases: 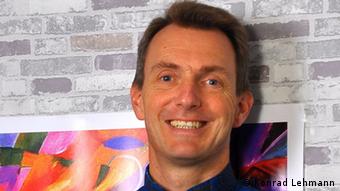 A person can only have creative ideas if they are educated and trained in an area, Wallas said. He called this phase the preparation.

Only a prepared mind can move on to the next phase: During the Incubation An idea matures quietly inside, unnoticed by the consciousness it buds and blossoms.

"The incubation phase takes place in areas of the brain called the Default Mode Network (DMN, dormant network, editor's note)," explains Konrad Lehmann, neuroscientist at the Friedrich Schiller University in Jena and author of the book "Das Schöpferische Brain" ". "The DMN is very active when we are not doing anything, for example when we are relaxing or daydreaming."

The enlightenment of the brain

Just at the moment when you are busy with something else, the flash of inspiration strikes your consciousness. This Enlightenment often there is a sudden feeling of Premonition ahead.

"If an idea arises, the activity in the right half of the brain increases," says Lehmann. "This activity is followed by increasing arousal in the left frontal lobe, where the last phase of creative performance takes place confirmation the idea is evaluated, implemented and presented to the outside world. "

Creativity can be genetically predetermined. Psychologists and neuroscientists justify this predisposition with the "Big Five" model of personalities. Accordingly, the "openness to experience" is related to creativity.

People who are open to adventure are on average also more curious, have a vivid imagination and question a lot. But it's not just the curious personalities that are associated with creativity. It is also often claimed that creativity cannot be imagined without a certain madness. How much of it is true? 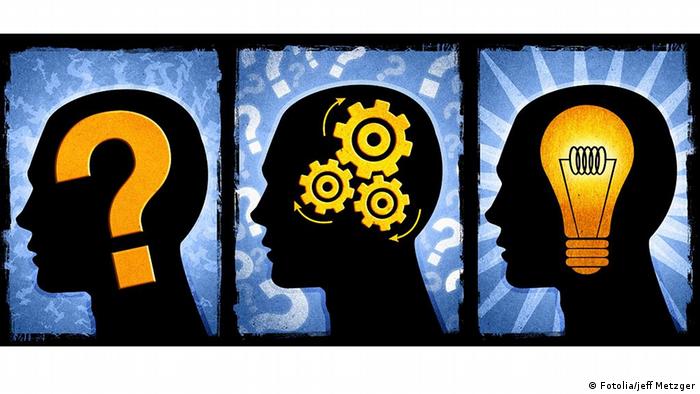 Anyone can get creative. Because there are often a few tricks and techniques behind it that help us on the jumps

"There are studies that show that relatives of the mentally ill are often more creative than others. Nevertheless, one should not divide the mental state of a person into 'healthy' and 'sick', not see it as black or white. It is more of a gray gradient . Somewhere in the middle of this gradient there might be a person who is more creative and at the same time has a predisposition to mental illness, "explains Lehmann. "At a certain point, the mental illness takes over and the person concerned loses the ability to come to terms with clear thoughts."

Bipolar disorder, formerly known as manic depression, is a mental illness that is often associated with creativity. Affected people go through euphoric phases, followed by deep depression. Euphoric or manic phases can last for months and are marked by hyperactivity. During this state, creative accomplishments are accomplished faster and more easily. The subsequent depression often makes it difficult for those affected to concentrate on creative tasks.

"It is well known that the German composer Robert Schumann suffered from bipolar disorder. In his manic phases he wrote much more than in depressive phases," says Lehmann. "It is interesting that the pieces he wrote in manic phases are not necessarily better."

Of course, you don't have to be mentally ill or have a genetic make-up to be a creative person. "Everyone has the ability to be creative, maybe not like Leonardo Da Vinci, but cooking well is a great start!"

What to do with writer's block

Anyone who has a creative profession or pursues creative hobbies knows this sudden emptiness inside that the lack of ideas triggers. There are two opposing methods of getting the brain going again.

One of them is: just start. Because trained brain regions then begin to select and criticize information. It may trigger a cascade of activity that leads to a creative idea.

The second method is based on the opposite: accumulate the problem, research and try to find multiple solutions. Then everything stand and lie and go for a walk or go to sleep. "You hope that the idea will come by itself. Because you try to manipulate your own brain and activate the default mode network - the idle network. That should do the work for you," Lehmann concludes.