How many numbers is the reference number

«What you need them for and what they tell us»

Many pocket and wristwatches have engraved numbers or combinations of letters and numbers - the so-called reference numbers. Especially for watch collectors and lovers of historical timekeepers, these codes are of some interest because they make dating the models and assessing their authenticity much easier. They also provide information about the extent to which a certain example from Rolex, Omega or another luxury watch brand really corresponds to the original condition. Because, especially in the case of used luxury watches, there are always individual examples on the market that consist of original parts, but still do not correspond to the original condition because, for example, a certain watch was combined with a bracelet that also comes from the same manufacturer, but originally only in combination has been used with other models. 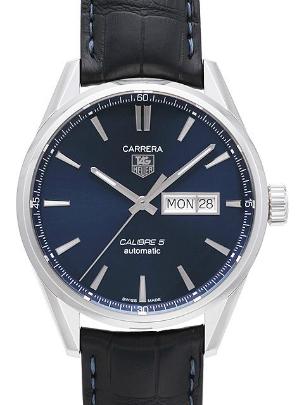 A number for the watch as a whole

In contrast to other numbers, which can also be found on watch cases, movements or other components, the reference number stands for a specific model as a whole and thus differs from the case number or the caliber and movement number, which only relate to that particular model Component refers. In addition, reference numbers should not be confused with the consecutive numbering of individual copies of a particular watch model, which is more common, especially in high-quality luxury watches. Such a number also refers to the watch as a whole, but only to a single example of the model in question. The reference number, on the other hand, is used to uniquely identify a specific version of a watch model. However, all copies of the relevant model version have the same reference number.

What information does the watch reference contain?

There are no generally applicable rules for how a watch reference number is composed and what it provides information about. Rather, each manufacturer decides for himself how the reference of his watches is structured and what information is encoded in it. For this reason, the watch numbers of different manufacturers can differ significantly from one another even if the models marked with them are very similar in terms of their appearance and technical key data.

The type of information that is summarized in the clock reference is, however - regardless of the different coding - mostly comparable.

Typical information that can be derived from it is, for example, the type of watch, the material from which the case was made, the built-in movement, the dial and its design, the pointer (s) and the type of bracelet. Certain features, such as belonging to a limited edition or setting with precious stones, can also be found in the watch reference.

The example of Omega

The following example illustrates which components a watch reference is made up of and what it can say: The manufacturer Omega provides its watches with a Product Identification Code (PIC), which can consist of eight or fourteen characters and provides exact information about the respective time indicators. The first three digits of a fourteen-digit PIC designate the watch model. The fourth and fifth digits of the code provide information about what material the case and bracelet are made of. The sixth and seventh digits correspond to the diameter of the watch case in millimeters. The eighth and ninth digits of the PIC name the movement built into the watch and any complications.

The following two symbols indicate which dial was used on the corresponding masterpiece. The last three characters of the code contain the sequence number. 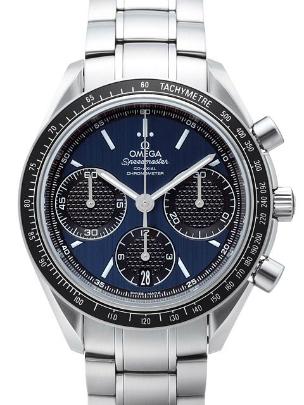 For example, if an Omega watch has the PIC 326.30.40.50.03.124, it is a copy of the Speedmaster Racing model with a case diameter of 40 millimeters, with the case and bracelet made of stainless steel. The face of this watch is blue and the sequence number would be 124 in this example.

In contrast, with an eight-digit short PIC, two characters of the code each indicate the product type, the product variation, the dial and the bracelet.

Practical Importance of the Watch Reference

The reference number of watches is important in several ways. First of all, it is used to clearly identify individual versions of a particular watch model in catalogs and sales documents. If a customer asks for a specific model version when purchasing a particular watch brand that the retailer does not currently have in stock, he can order the model using the watch reference that the customer would like to have, but does not have to laboriously list the individual product features, as these are already out the reference number. Furthermore, the watch reference is very helpful when it comes to assessing the authenticity and original condition of used masterpieces. 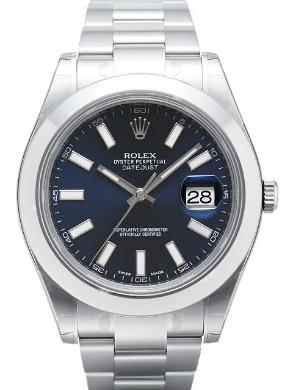 If a watch connoisseur is offered a Rolex Datejust, for example, then he knows that this model has been brought onto the market by its manufacturer in numerous different versions over the years. If he compares the reference number on the watch with the corresponding information in specialist publications or older Rolex catalogs, he can quickly determine whether the item in question is actually an original or whether it has been assembled from different parts that do not correspond to a historical model version. The reference number and knowledge of the information it contains can protect collectors from making significant bad investments in the watch market.

Whether the number is real information, as in the case of Omega, or whether the code at least seems insignificant for the characteristics of the watch, whether 14-digit, as described, or only 6-digit, as is the case with Rolex, for example thereby a subordinate role. The important moment is the unmistakable and flawless assignment of a model thanks to the reference number.