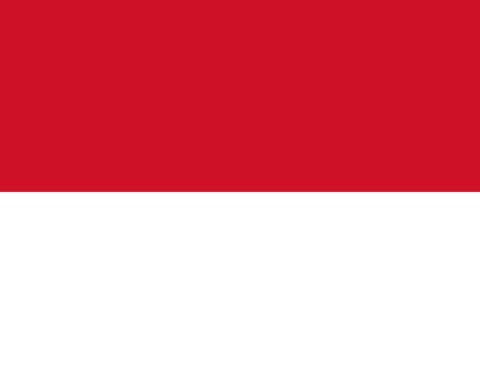 Country with the greatest population density in the world

Monaco lies on the Mediterranean Sea and is surrounded inland by France. The city-state is the second smallest independent state in the world: Monaco, which consists only of the capital Monaco, is only 3000 meters wide and from north to south you can walk a maximum of 1000 meters. Monaco doesn't even have 40,000 inhabitants. Only a quarter of these are citizens of Monaco, the rest is made up of people from 139 nations.

The Principality of the Grimaldis

Monaco is a principality, and the Grimaldi princely family has ruled there since 1297. The Prince of Monaco is also the country's head of state. The constitution regulates that the Grimaldis remain rulers of Monaco. The form of government is a constitutional hereditary monarchy.
Monaco has been independent from France since 1489. But throughout history there have been repeated restrictions on the sovereignty of the country. In the 21st century, the extensive sovereignty of Monaco was regulated by treaty between France and Monaco. There are only regular coordination talks between the governments.

Land of the rich and famous

There is little nature in this small state with so many buildings. Most of the plants are grown in gardens and parks. Many people in Monaco are very rich and famous. It is estimated that half of the population are millionaires. The principality is very popular with the rich as they do not have to pay taxes on their income there. There is no unemployment in Monaco. There is enough work that many French and Italians have their jobs there.

Casino, Formula 1 and the circus

Although Monaco is not a member of the European Union, you pay there with the euro. A lot of money is made with the casino and luxury hotels. The banks and asset managers also contribute to the good economic situation, as do the numerous tourists who, for example, visit the marinas with the luxury boats. A big event is the annual Formula 1 race that runs through the middle of the city. The international circus festival is also a big attraction every year. The soccer club AS Monaco plays in the French soccer league and is one of the most successful teams there. Monaco is also known as a cultural center. There is an opera, a dance academy and the famous Oceanographic Museum, among other things. Christmas bread is a specialty of Monaco. The walnuts are arranged in the shape of a cross on the bread.