What are some authentic Michael Kors outlets

The most important things in a nutshell

These shops offer a large selection of Michael Kors fashion and bags at fair prices.

The most important authenticity features

How can you tell whether the Michael Kors bag you want to buy or have bought is original? Follow these steps to verify the authenticity of your bag. 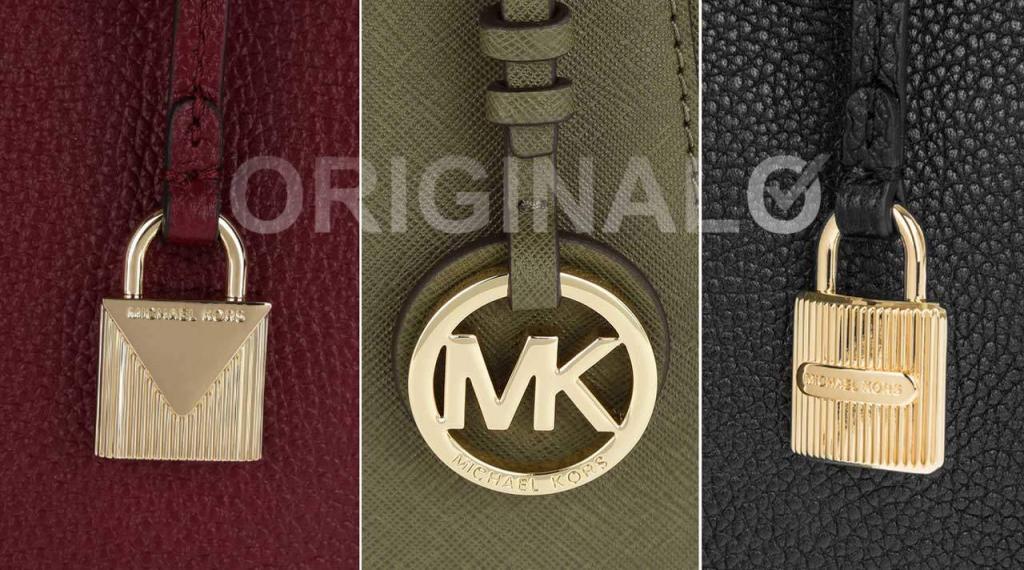 Many Michael Kors bags, such as the “Jet Set” model, come with an MK tag (leather strap with a round MK metal tag). Keep these points in mind:

The following characteristics are important:

Fake Michael Kors Metal eyelets or buckles, differ in that the forgery uses a different font and, in addition, the letters are arranged more closely than those of the original.

With original Michael Kors bags, the letters of the lettering are always glued on individually. Fakes, on the other hand, connect the letters with a metal strip, for example.

The inner lining of a Michael Kors bag depends on the model and has changed over the years. This makes it difficult for the layperson to distinguish an original from a fake.

If you find that leather applications or manufacturer's labels have been stuck on, then this is a sure sign of a fake bag.

The inner lining of many Michael Kors bags shows the letters MK surrounded by two circles that are connected to each other and form a kind of honeycomb shape. This so-called MK honeycomb logo can help to identify a forgery:

In the case of many counterfeits, the honeycomb logo is simply printed on the lining. It is noticeable that the lining lacks the sheen that is typical of original Michael Kors pocket linings. In addition, the material looks cheap and feels like plastic wrap.

In the case of higher-quality forgeries, the inner lining can hardly be distinguished from an original MK bag. However, if you look at the circles around the MK, they often look a bit oval with forgeries. This is a sign of a fake.

Michael Kors pocket lining always shows the MK logo. The MK bags, which do not contain any inner lining, are an exception. If, however, an inner lining is used and the lining does not have the MK logo, then it is a fake.

It is often described that Michael Kors only uses YKK zippers for his bags. This is usually the case, but zippers from manufacturers or brands such as IDEAL are also used. As with YYK, you will also find the manufacturer's inscription on the zipper.

Make sure that the main zipper of the bag, e.g. with the Michael Kors Selma, always comes from YKK or Ideal. If a no-name zipper was used here, there is a risk that the bag is a fake.

However, it has happened in the past that the original MK bag series had unclean or slanted seams. The reason for this is that Michael Kors subcontracts some of his bag production to external companies in order to be able to meet the increased demand. The outsourced factories do not always deliver the same standard as the Michael Kors factories, so that even an original bag can have an unclean seam.

With a real Michael Kors bag you will find a leather flap with the Michael Kors lettering inside the bag. This can be found in almost all bag models and always has the same font and size. The only exception are MK reversible bags that do not have a leather flap.

On most original bags, leather straps always show the text

in two lines. The pressure should be clearly defined.

With Michael Kors Retail Outlets bags in particular, it is not uncommon for the lettering to be not printed deep enough by the hot stamping stamp and appear somewhat indistinct.

In some pocket models, the traditional hot stamping stamp has been replaced by metal plates. You can find these most often on Michael Kors Tote and Michael Kors Greenwich models.

Michael Kors fakes can be recognized by the fact that the leather strap has a faint imprint of a Outline around the MK lettering around caused by a cheap rotogravure stamp. With real MK labels there is no outline and the letters are evenly distributed.

Does the flap have the imprint "Michael Kors "&" EST. 1981“This is an indication of a fake. Michael Kors uses this lettering on bracelets and bags, but it is not on the leather flap on the inside of current MK bags.

With real Michael Kors bags you will find a manufacturer label with information on the country of origin and the date of manufacture inside the bag. This includes a nameplate with the model number printed on it. The tabs / labels can be of different colors, but usually are

Manufacturing date code for example in the format “AP-1502”.

Behind the "MADE IN" label there is a small white sign on which the Model number the bag is printed. These signs are missing in the case of simple Michael Kors forgeries. The high quality plagiarism may contain the tags, but often with an incorrect or missing model number.

Most Michael Kors bags are manufactured (made in) in these countries:

New Michael Kors bags from 2016 contain a QR code along with the model number, date of manufacture and information about the color and the country of manufacture.

The new shield is structured as follows:

To just check the model number:

If you do not receive a result, it may be that the bag is no longer available or that it was from a previous season. Then try the following:

If most of the pictures show a different bag model, that indicates a fake.

Video: How to recognize a Michael Kors fake bag

Note: The information published is subject to change or contain errors. Originalo.de assumes no liability for the topicality, correctness and completeness of the information provided. If there are any indications of errors, please contact us using our contact form. .
Beware of fraudulent shops!
Before buying, check the seriousness of online shops yourself with simple instructions!
Immediately more security for only 1.99 €!
(Secure payment via PayPal. You will receive the instructions as a download immediately afterwards.)
<?