Holocaust denial is common in Singapore

Science denial in times of Corona

A YouTube video goes viral in which fundamental scientific knowledge is denied. Greedy scientists spread baseless panic, according to this video narrative. No, today I'm not talking about a video that denies the climate crisis. But from someone who denies the corona crisis and is just about to exceed the one million hits mark.

The argumentative techniques are, however, almost identical. It is worth understanding them so that laypeople do not fall for them.

The first question that should always be asked when dealing with radical outsider theses is: how reliable is the source? The video comes from the former SPD member of the Bundestag Dr. Wolfgang Wodarg, a trained specialist in pulmonology. In the video he introduces himself with the statement: "I was a public health officer, I ran a health department." That sounds serious at first. On the other hand: a doctor is not a scientist. And how likely is it that a long-retired medical officer from Flensburg will have insights and information that will overturn the knowledge gathered by medical researchers active around the world? Correct: it is about as unlikely as that a long-time emeritus geography professor can refute all the findings of modern climate research with a YouTube video.

The second question that should be asked: If someone actually has insights that fundamentally question the current state of scientific knowledge, why is he addressing a lay audience? Shouldn't he first put them up for discussion in the professional world at a congress or in a well-documented specialist publication? This is the standard practice in science.

The objection, which is well known by the “climate skeptics”, is that dissenting opinions are not given a voice in science. Wodarg also plays this card:

“Something has been spun, a network of information and opinions has developed in these specialist circles… That means that it is now very difficult for the critical to say: Stop! But there is nothing going on! "

This idea is unrealistic. Tens of thousands of researchers all over the world work in medical research as well as in climate research, many of whom would prefer nothing more than to be able to substantiate a sensationally different and new thesis. This is how you make a name for yourself. The research is colorful, pluralistic and rewards the lateral thinker. Galileo's theses were opposed by the church, but they quickly found acceptance among leading research colleagues across Europe because he had empirical evidence. Anyone who thinks that one can suppress a methodologically well-founded hypothesis in science just because it does not fit the prevailing mainstream does not know science. Those who shy away from the open debate in the professional world and prefer to only address a lay audience will probably only have arguments that only sound valid to a lay audience.

What are Wodarg's arguments? His main argument is: Coronaviruses have always existed - and that is why they are harmless. This is the direct counterpart to the classic "climate skeptic" argument: the climate has always changed - that is why modern climate change is harmless. Of course, the professional virologists and climate researchers know that, but the conclusion from this is illogical. The virologists know that the Sars-CoV-2 coronavirus is different and more dangerous than previous coronaviruses. And climatologists know the differences between natural climate changes in the history of the earth (one of my research areas) and modern global warming.

Second, Wodarg argues that the death toll in Germany is small compared to the annual flu deaths. Exactly: and the “climate skeptics” like to compare the 1.2 ° C global warming to date with major climatic changes in the past, such as the ice age cycles. Both ignore the fact that by understanding the mechanisms, science is able to make predictions and therefore to warn in good time before the disaster has occurred. In the case of Corona, you can already see in Italy what happens if you don't act decisively in good time. And in the case of global warming, you can see that it has been developing as predicted for decades and that many millions of people are suffering more and more from the increasing extreme weather conditions.

What the “corona skeptics” have in common with the “climate skeptics” is that they simply ignore a whole mountain of evidence that the threat is serious. In both cases it is irresponsible to proclaim the all-clear to laypeople with flimsy and easily refutable arguments. In the case of Corona, however, this becomes obvious to (almost) everyone within weeks; in the case of climate change, that took decades.

Under the video, Youtube provides a link to a website of the World Health Organization (WHO), where you can find serious information about Corona. If you do some research, you realize that this is supposed to be a measure against the spread of fake news. Unfortunately, at first glance, the WHO logo under the video can easily look like the WHO supports the wandering video. Youtube should think again about whether this is an effective strategy against fake news.

In the end, Wodarg compares the situation at Corona with the Andersen fairy tale about the emperor's new clothes. Like the emperor through the courtiers, the politicians are now supposedly courted by many scientists who want to be important for politics because they need money. This comparison is also a classic among “climate skeptics”. Except that in the fairy tale a child and not a pensioner knows the truth. And that's how it is in reality: as in fairy tales, it is our children, above all Greta Thunberg, who have a clear view of scientific truth.

p.s. (19.3.) This article has been very well received and has a lot of comments - some arguments keep coming up there. So here are a few more clarifications.

Questions and answers about Covid-19 at Spektrum.de

In the neighboring blog: Conspiracy in times of the coronavirus - protect now with knowledge

Podcast from virologist Christian Drosten New every working day - highly recommended. In episode 16, he also takes a position on Wodarg right at the beginning.

Coronavirus: Why Mr Wodarg is wrong at Telepolis

What is science - and what is pseudo? The pieces of the mosaic for assessing scientific credibility 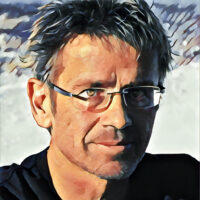 Stefan Rahmstorf is a climatologist and department head at the Potsdam Institute for Climate Impact Research and Professor of Ocean Physics at the University of Potsdam. His research focuses on climate changes in the history of the earth and the role of the oceans in climate events.